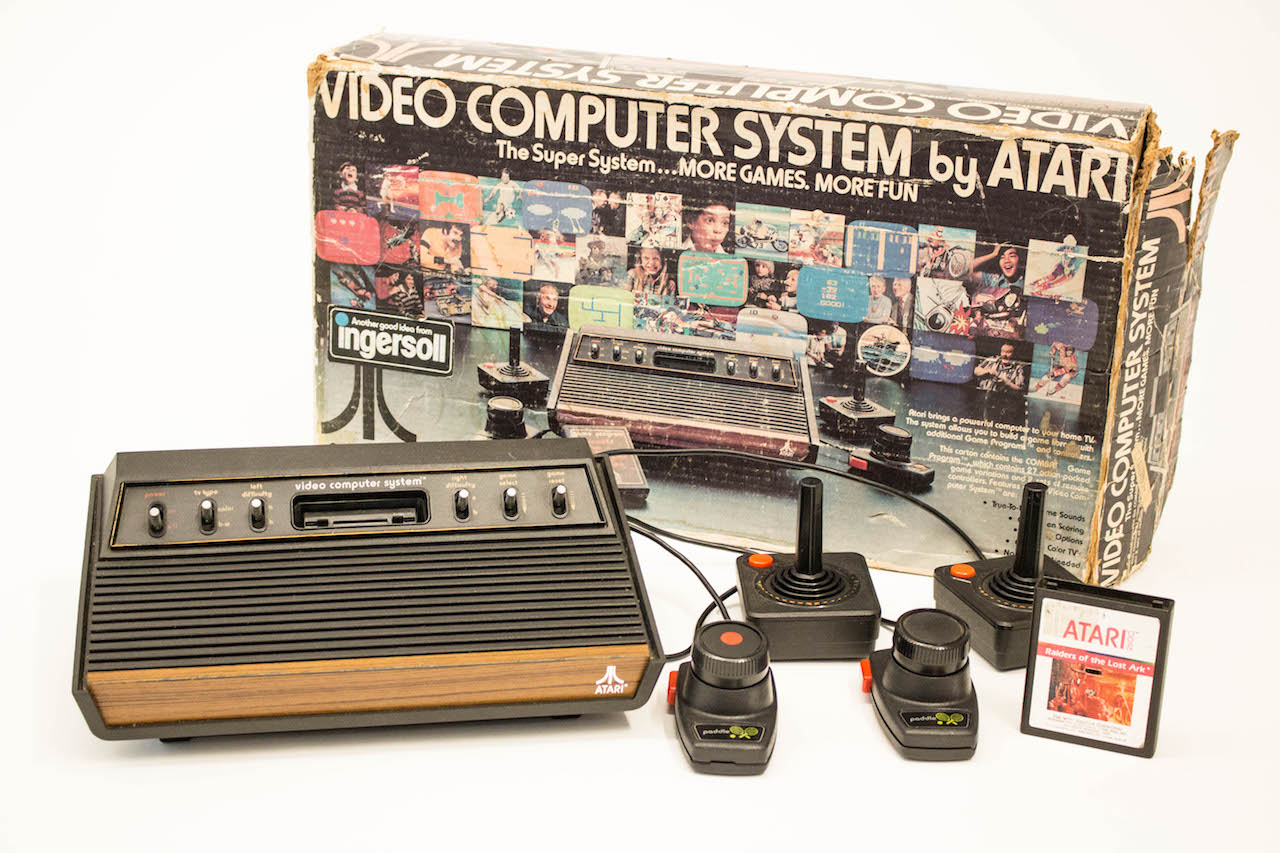 In making use of exchangeable cartridges, the VCS 2600 created conditions for the development of the games software industry. Atari’s position as a market leader in arcade machine manufacture gave them an advantage which was cemented by production of console versions of Japanese arcade hits including Taito’s Space invaders. Initially titles were developed in-house, but a dispute about recognition for games designers, David Crane, Larry Kaplan & Allan Miller left Atari to join the newly formed Activision. Other third party game developers & toy manufacturers like Inmagic & Hasbro also designed for The VCS. Atari’s dominance meant that other console makers were unable to get a foothold in the market.