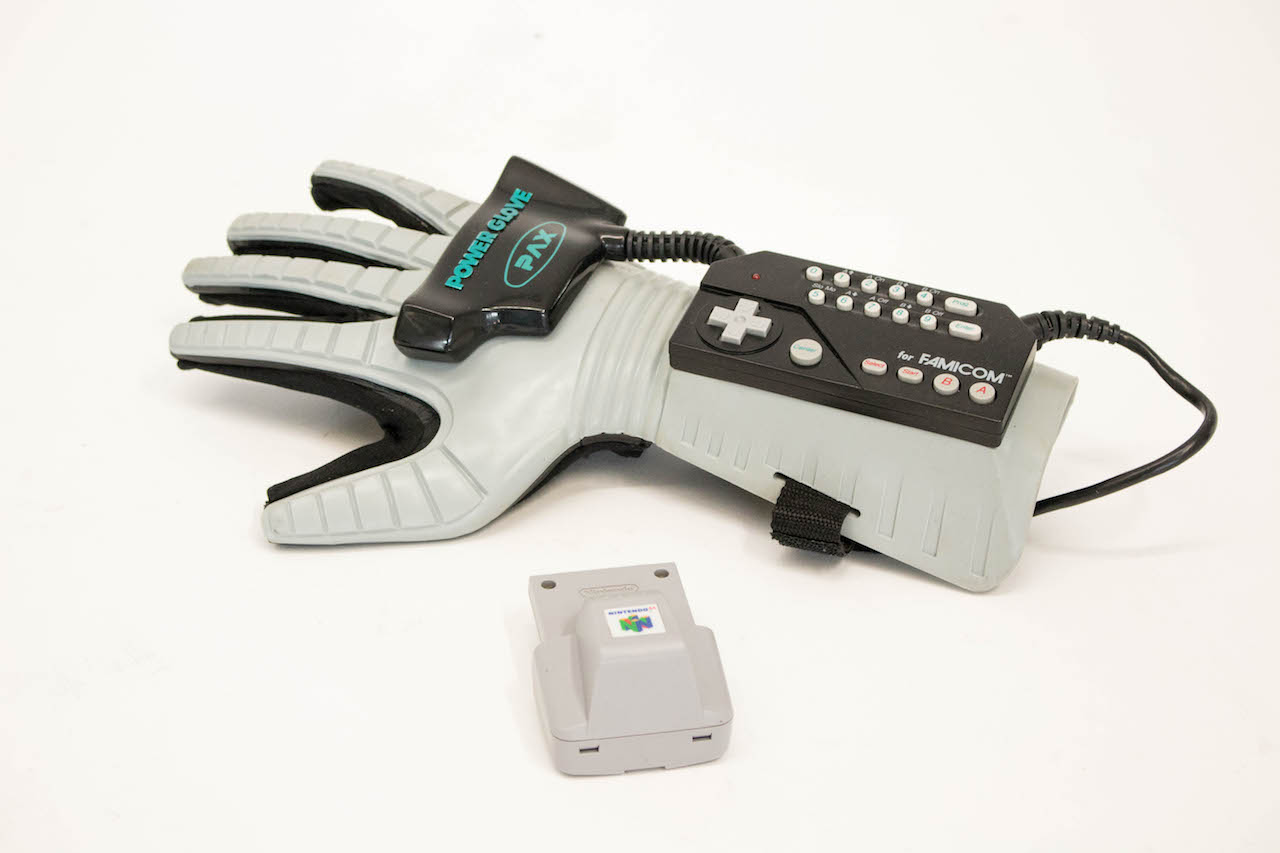 The Power Glove was developed by toy company Mattel for the Nintendo Entertainment System (NES). The glove has trademark NES controller buttons on the forearm, a programme button & buttons labeled 0-9. The wearer could use these buttons to input commands & various hand motions to control an on-screen character or object. Two games were released for use with the Power Glove: 3D puzzle maze Super Glove Ball & beat ‘em up Bad Street Brawler. Both games could also be played with a standard NES controller. Although it garnered public attention in the media due to its early virtual reality technology, following criticism for lack of precision & complex controls & poor sales of the accompanying games, it was discontinued only a year later.