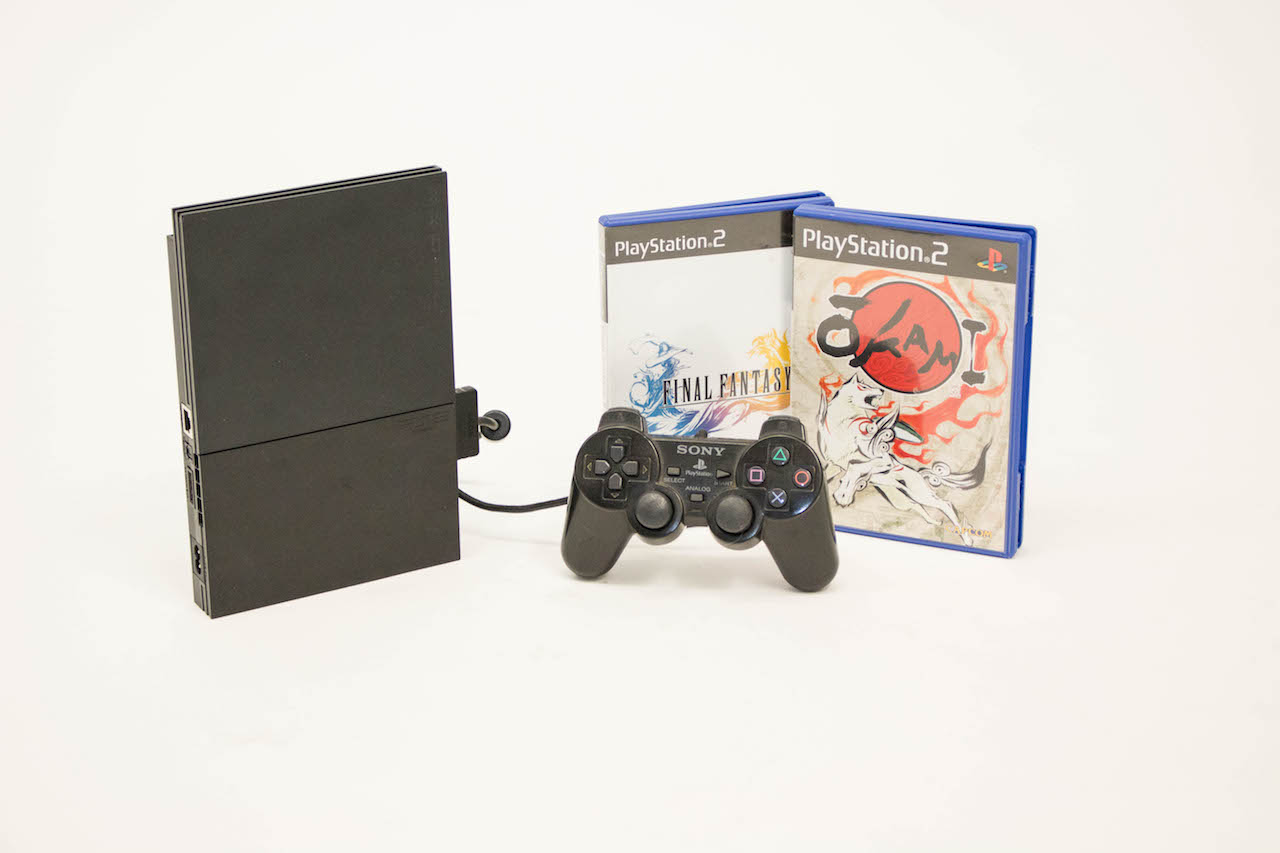 PlayStation 2 achieved sales of 20m the year of release, maintained Sony’s dominance of the console market. This had much to do with the console’s powerful CPU, nicknamed the ‘Emotion Engine’, capable of displaying particle effects & the real time calculation of physics models & kinematics. In addition to the impressive library of launch titles original PlayStation titles were also compatible with the new machine. From 2002 online gaming was also available via modem connection. The slimline version was released in 2004, extending the lifecycle of the console while Sony developed it’s successor.